The Difference Between Charlottesville Roofers Who Care And Those Who Don’t.

You are here: Home1 / News2 / Roofing3 / The Difference Between Charlottesville Roofers Who Care And Those Who ...

The Difference Between Charlottesville Roofers Who Care And Those Who Don’t.

For homeowners looking for roofing companies in Charlottesville it can be tough to choose from the many options. If you’re in the market for roofing services, remember these three differences between roofers who are trustworthy and those who aren’t:

1. Trustworthy Roofing Companies Employ Staff That Care For Your Home.

Trustworthy roofing companies have highly-trained in-house teams who do the work. There will be a strict standard that their team has to adhere to, including treating the home and homeowners with respect. They’ll use appropriate language and have friendly demeanors. At the end of the day, they’ll put in extra effort to leave the site clean and safe.

Other companies have low standards for their staff. Their staff will treat the house as just another job and the homeowner as an annoyance. They’ll lack respect for the property and will track in mud or leave behind dangerous nails and debris. Bad companies may even subcontract out the work to people that they don’t really know.

Trustworthy roofing companies in Charlottesville recognize that giving a truthful estimate is more important than giving the cheapest one. They’ll schedule a thorough inspection–we even offer free roof inspections–which will include inspecting your roof while on the ground and on the roof. They’ll provide thorough written estimates with few negative surprises.

Other companies want to lock you into a contract as soon as possible. They’ll say that they can inspect your home with only a quick walk around the outside–or even just a few pictures. They’ll give a cheap verbal estimate but find more and more excuses for the price to go up once work has started.

3. Trustworthy Roofing Companies Show Their Work, So You Can Feel Confident.

Trustworthy companies will have plenty of photos of previous work. They’ll have many Google reviews and the majority of them will be positive. When negative reviews do occur, they’ll professionally accept the feedback and try to make it right.

Other companies produce bad work and will fight to hide it. They may have few online reviews and may even try to hide or delete negative reviews rather than respond to them. They’ll make excuses for having few photos of previous work available. 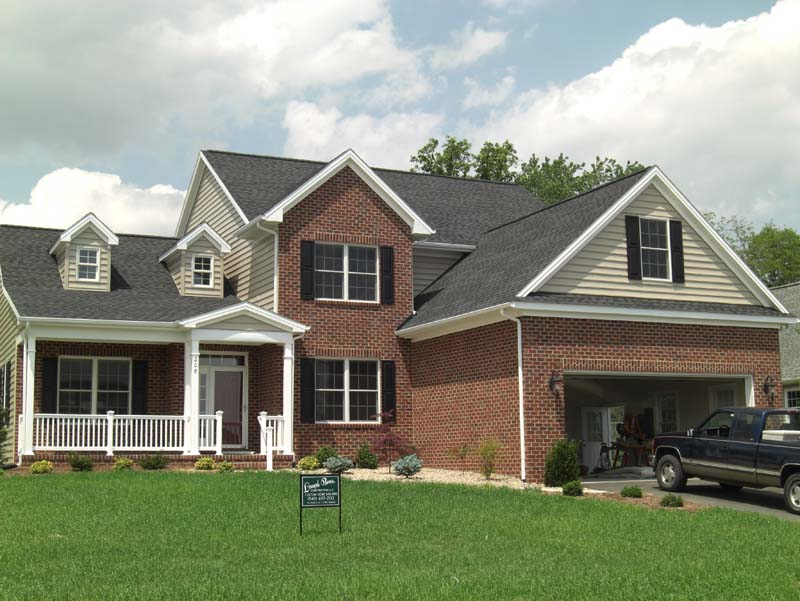 Valley Roofing & Exteriors Is Your Trustworthy Roofing Company In Charlottesville.

At Valley Roofing & Exteriors, we’re proud of our courteous staff, truthful estimates and great reputation. We’ve been installing and repairing roofs in the Charlottesville area since 2004. Contact us today to find out what makes us a good roofing company.

Scroll to top
Write A Review!